Nine Inch Nails rapidly became renowned for emotive and affecting music. Pretty Hate Machine contains all of these qualities, albeit in anxious tidbits.

Kinda I Want To

Before the arena tours and Academy Award wins, Trent Reznor was a mere janitor at an Ohio-based studio, eager to channel his adolescent angst through the one thing that was always there for him: music. This is where the Nine Inch Nails enterprise began. Pretty Hate Machine is most certainly a product of its time, utilising many of the synth-pop conventions laid down by artists like Depeche Mode and Soft Cell, and blending them with elements of industrial, rock, and hip-hop music. Thirty years later, the outcome is still unique, and it remains one of the most distinctive fusions in alternative music.

It’s an ’80s album, and therefore tremendously cheesy at times, but it also had an eager eye on the future. It’s a deeply fascinating time capsule in that sense. The innovation shown on Pretty Hate Machine is largely responsible for bringing industrial music to mainstream audiences. It was a sound that other alternative artists were keen to replicate. Meanwhile, Reznor would go on to blast through the bullshit by turning the guitars, angst and nihilism up to 11. It’s almost absurd to think that Broken would be released only three years after the release of Pretty Hate Machine, and The Downward Spiral two years after that – a shift that still stands as one of the most remarkable transitions in modern music.

One of the reasons why Nine Inch Nails managed to sneak into the mainstream is because Reznor always had an ear for a catchy hook, whether it be a memorable vocal refrain (the post-chorus singalong on “Head Like a Hole”), a sumptuous bassline (“Sanctified”) or an irresistibly addictive riff of some description (“The Only Time”, “Terrible Lie” and “Kinda I Want To”). Indeed, Pretty Hate Machine remains the work that best demonstrates Reznor’s ability to incorporate elements of pop music, despite some frankly ridiculous moments. The outrageously goofy “Down In It” may be entertaining as a novelty, but I’d still insist it’s the weakest song on any official NIN release. Still, it does successfully epitomise what made Pretty Hate Machine so compelling upon its release. Rarely had industrial music sounded so melodic.

Pretty Hate Machine is not perfect, then, but there is a certain charm even to the lapses. Labelling the lyrics as ‘raw’ would be a severe understatement; there’s a great degree of naivety, confusion and even innocence inside Reznor’s words. Sometimes it’s alluring, in a way that will no doubt be relatable for any misunderstood adolescent, and other times it’s outright preposterous. Though Reznor never exactly developed into a masterful poet, I can say with some confidence that things improved dramatically from, ‘I’m slipping on the tears you made me cry.’ With time he has gone on to become an expert in other musical aspects, such as texture, ambience and, of course, catharsis.

Nine Inch Nails rapidly became renowned for emotive and affecting music. Pretty Hate Machine contains all of these qualities, albeit in anxious tidbits, whilst still standing strong as an album of its own kind. It may not be the greatest NIN album, but it’s quite possibly the most unique.

Baby Trent Reznor is a bit like a baby spider up close — kind of adorable, but still pretty horrifying. Pretty Hate Machine feels familiar, but not fully formed. Nine Inch Nails has achieved so much, critically and sonically, in the thirty years since this album was released that it ultimately feels more like a precursor than anything else.

I don’t think it’s much of a stretch to describe most of Reznor’s music as some shade or other of tortured. Pretty Hate Machine is not tortured. It’s angsty. Really, really angsty. This is The Downward Spiral with acne and a bad haircut. Is that a bad thing? Not particularly. Despite getting slightly bogged down in ‘80s muck, the album is industrious enough to feel at ease in its pasty white skin. It is what it is, and there’s more than enough quality to understand why Reznor grew an audience in the first place.

The opening two tracks are especially strong, highlighting Reznor’s lifelong knack for hooks in the most unlikely circumstances. From then on it blows hot and cold. At some points, like in “Sanctified” you almost fall under the NIN spell. At others you find yourself thinking the bass sounds like something out of Seinfeld. So it goes. Reznor’s done better work since, but Pretty Hate Machine still stands as a bold foray into a dark new world.

Pretty Hate Machine was my starting point for Nine Inch Nails, and it makes for quite an entrance. Between the thoroughly ’80s instrumentation, tracks that ooze angst, and a Reznor rap within its first ten minutes, it’s memorable if nothing else.

He certainly has a knack for catchy choruses. “Head Like A Hole”, “Terrible Lie”, and “Kinda I Want To” are just some of the highlights held together by their satisfying, hooky midsections. Instrumentals walk a line, however, and while tracks, especially in the first half of the album, generally sound great, when the latter half swings round the likes of “The Only Time” haven’t aged as well. The exception is the bonus track on the remastered version of the record, a cover of “Get Down, Make Love”, which is superior to the original for me, and far more salacious.

It’s a strong debut from the band, but given the option, I’d take almost any of the Nine Inch Nails discography that followed over this record. The choice highlights, I certainly return to regularly enough, but as an album I’m far less likely to give it a spin.

Favourite tracks // Head Like A Hole ­­Kinda I Want To ­­Get Down, Make Love
1980snine inch nailsindustrialpopalternative rocksynth pop 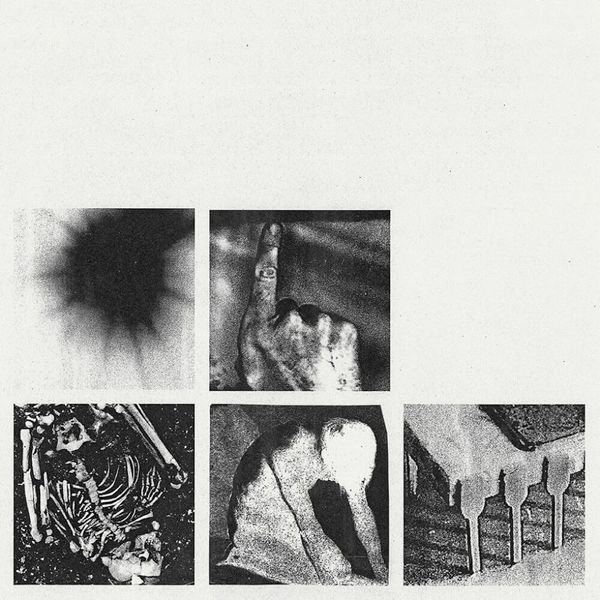 This is most downright exciting NIN album in quite some time. This is a grubby, disheveled, and damaged album composed, produced, and arranged as such. 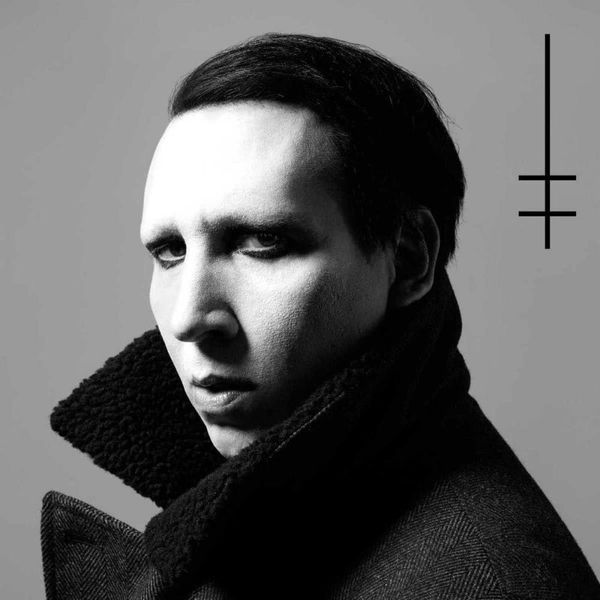 You should come out of a Marilyn Manson record wanting your stomach pumped. The softcore offerings of Heaven Upside Down prompt hand washing at best. 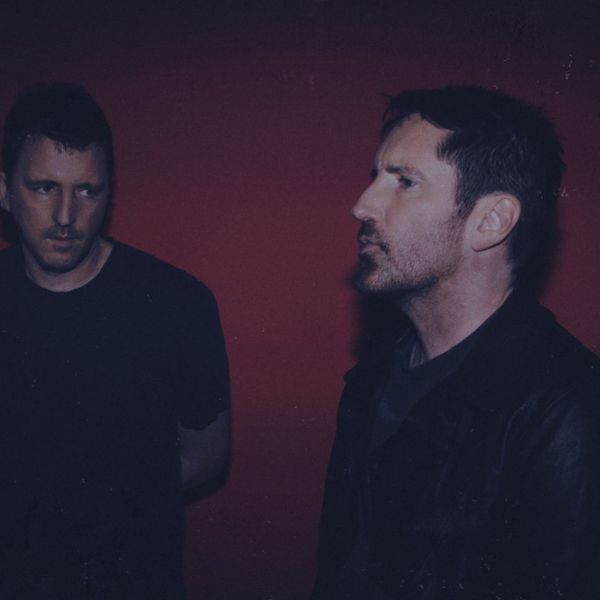 All the Pigs, All Lined Up: Nine Inch Nails’ studio albums ranked

For years now the music of Trent Reznor has proved to be, yes, The Perfect Drug. Here lies my worst-to-best list of Nine Inch Nails studio albums. 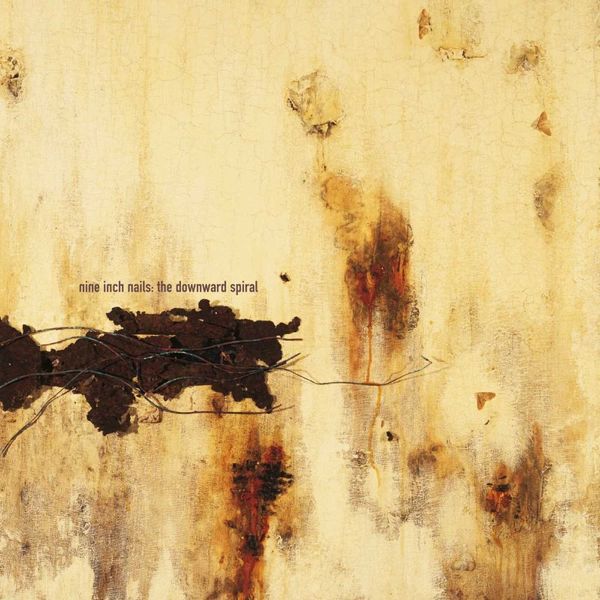 Trent Reznor set a benchmark in the industrial rock genre whilst simultaneously providing a form of therapy for millions of angst-filled listeners.