There's a glaring sense of lunacy throughout. It's as though JPEGMAFIA is snapping between multiple identities. I actually find the madness quite soothing, though I'm not really sure how or why.

Papi I Missed U

JPEGMAFIA is an artist I admire more than personally cherish. He creates incredibly inventive music and has a production style that is both unique and highly innovative. Unless you don’t have an ear for experimental music, there’s really not much to dislike. However, I personally find it difficult to connect to such an erratic stream of consciousness, regardless of the flair on show, and All My Heroes Are Cornballs is no different. Objectively speaking, it’s not far from being a contemporary classic. Perhaps I just find myself grasping for something with a little more weight.

Nevertheless, I expect AMHAC will eventually become one of 2019’s most crucial releases. Tired trap beats comprise a good portion of modern hip-hop, and JPEGMAFIA puts many of his contemporaries to shame by squeezing hundreds of sketches and ideas into a 45-minute album. Better still, he somehow makes it cohesive. Upon listening, I visualise a musical prodigy making beats in a messy bedroom cluttered with clothes and empty packets of M&M’s. The prowess shines through. “Kenan vs Kel” is an early example of how freely he can jump between genres, and it certainly sets the tone for the whole experience. There’s a glaring sense of lunacy throughout. It’s as though JPEGMAFIA is snapping between multiple identities. I actually find the madnessquite soothing, though I’m not really sure how or why.

For all the experimental noise, it’s the lush R&B that really stands out. “Thot Tactics” and “Grimy Waifu” are dazzling yet delicate numbers that demonstrate how good JPEGMAFIA is at actually writing songs, and I wish there were more. On occasion, the vocal melodies are sublime. As already mentioned, the production is seriously inventive; sometimes jarring, but often very compelling. I imagine this is the type of originality that Bon Iver has tried (and failed) to achieve with his recent output, whereas there’s little doubt that AMHAC is a success. Whilst Veteran introduced JPEGMAFIA to the scene, this will likely be the defining moment to kickstart a prosperous passage of fortune.

For me listening to All My Heroes Are Cornballs feels a bit like attending a house party. It’s noisy, it’s vibey, there’s lots going on in a slightly reckless, unravelling way, and I wouldn’t mind terribly if I were somewhere else. Not that that’s a problem. If I don’t want to be there it probably means it’s a pretty good party.

There are certainly more commanding albums than this, but there’s a lot of good stuff rattling about. Askew hip hop has typically gone down well with us three, and this seems like a worthy member of the club. The instrumentals seldom settle for too long, but the production maintains a sense of order. Even at its most scatterbrained it sounds smart, and tracks like “Free the Frail” and “PTSD” are downright gorgeous.

There’s a good buzz about this record. It draws from so many samples and sounds and influences that I suppose it sounding a little odd was inevitable. When you can blend downright blubbery bass with skeletal percussion and make it click like this can, I’ll hold my tongue. The lasting impression is one of curiosity. It’s a good album to rummage through, for better or for worse.

Favourite tracks // Free the Frail ­­Kenan vs. Kel ­­All My Heroes Are Cornballs

JPEGMAFIA’s latest release is busy, to say the least. Hopping from moment to moment, sketch to skit, idea to mood, it’s hard to know where to start, as individual ‘tracks’ are often made up of two or three opposing sounds.

That means the first few listens can feel like watching TV with a channel flipper, as you catch segments that pique your interest before being hurried along to the next. But I’ve kept coming back to AMHAC. It’s erratic, distracted nature hides some great, longer-lasting points in the tracklist. “Grimey Waifu” is a perfect example, a smooth R&B head-nodder with a satisfying instrumental, which manages to employ the glitched, lo-fi aesthetic without annoying the hell out of me (quite the opposite in fact).

Individual tracks aside, there’s something about this album that makes for an easy, thoroughly enjoyable listen after that initial hurdle. Between the recurring blurry conversation that slides in between tracks, JPEGMAFIA rarely makes a misstep here, and at 45 minutes, even the lowlights in the tracklist have been and gone before they can become too wearisome.

If there are missteps, however, they’re likely in the latter half, and it’s the more uneven ride here that begins to limit the album. The heavily auto-tuned moments do little for me, though “Thot Tactics” is a definite highlight on the tracklist despite them. “Free The Frail”, which follows, is a brilliant downtempo roller that hits the spot before flipping over to moments of beautiful vocal harmony. From that point onwards there are points of interest (Vaporwave redux of TLC’s “No Scrubs” anyone?), but it’s not until closer “Papi I Missed U” that I sit up and listen again. Making for an exceptional parting shot, this feels like one of the most fully-formed tracks on the record and it’s one I’ve returned to a lot on its own. With a great vocal and a simmering instrumental, it is a track I’m most likely to revisit out of everything on AMHAC.

This is more patchwork than record a lot of the time. Scattergunning genuinely interesting material, I will certainly be returning to it and will continue to keep an eye out for more. But with its chaotic mood changes and rocky road home, it misses out on being truly outstanding. 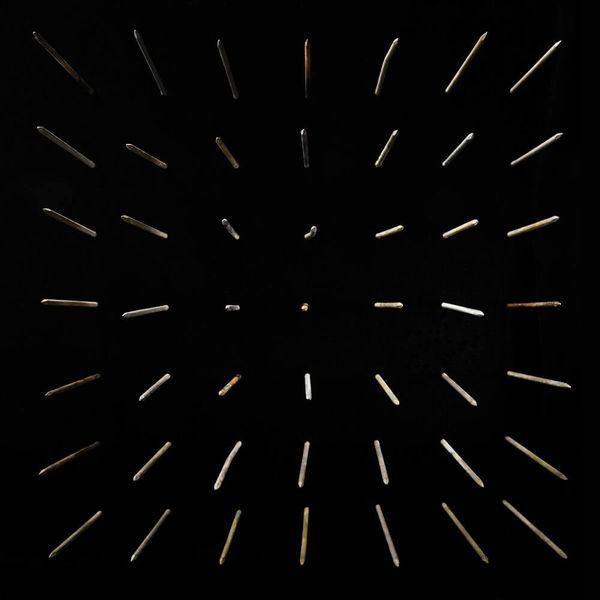