The role of singles has changed massively in recent years, but they still tend to lead the charge during an album’s full release. In 2019 we got some pretty unconventional warfare. From haunted hip hop rides to lunar cruise muzak, this will likely be the most un-single-like list of year-end singles we ever do, but it’s been that kind of year, and if the music’s good it can sound however it damn well pleases.

That kick drum. For me, Little Simz is easily the most exciting British rapper on the scene right now, and “101FM” exemplifies her best qualities: finely honed delivery, intricate lyricism, and reams of personality that evoke both the complexities of Little Simz’ native London and the wisdom that transcends her years. The hook, reminiscent of some digital approximation of eastern instrumentation, adds the welcome cheek and vibrancy to certify “101FM” as both a banger and an emblem of the (successful) creativity she so relentlessly delivers. With this atmosphere in place, the exposing guide through elements of Little Simz’ past is made to be comfortable and inviting where the subject matter and her braggadocio might err into the opposite on their own. Not only that, but it’s a damn fun time.

It is perhaps a small cause for concern that Richard Dawson is gradually making a home for himself in the respectable confines of BBC 6 Music’s playlist. We’ve all been hurt by once-treasured musicians who have conflated accessibility with smoothed edges and a flattened-out artistry, who have traded in a broader appeal for what made them so distinctive and appealing in the first place. The prospect of Richard Dawson – a truly a singular artist who has spent much of the decade on the outskirts of the British music business making severe experimental folk records – taking a turn for the Elbow would be too much to bear in a year that has taken so much from us. Moreover, though I do not begrudge his success and very much enjoy his radio-bothering work, there is always a selfish part of me that longs for Dawson to stick to unwieldy, beautiful numbers that could capture the essence of all human relationships in, say, a twenty-one-minute story about an ill-fated trip to Middlesbrough for a treasured parmo.

Granted, as “Two Halves” so wonderfully demonstrates, Dawson’s growing embrace of the warm and the melodic has not lessened his grip on his richly detailed songwriting and his extraordinary ability for observing the minutiae of British life. Here, uses the dismal arena of Sunday league football as the stage for a wry, lived-in, and oddly touching father-son narrative, taking the perspective of a young footballer talking us through the unfortunate events of a game while engaged in an unspoken, one-sided psychic struggle with his overbearing father, who is watching from the touchline. It elaborates with hilarious specificity a trivial but nevertheless devastating instance of personal failure, an eminently relatable moment awash with the shame of feeling as if you’ve let a loved one down (which is separable from actually letting someone down). Yet, it is a rousing tune, armed with Dawson’s most generous vocal hook, it merrily skips along with the narrator’s anxious internal monologue, guided by the tremulous, tremendous thing that Dawson so often turns his guitar into, which still furnishes the longtime admirers and fussy worrywarts like myself with all the wonky flourishes that have always marked Dawson’s music as such a thrilling, mercurial spectacle.

Though it’s something I scarcely confess nowadays, my musical life began with Muse back in the day. As such, I am rather drawn to dramatic excursions, particularly those with symphonic elements. It comes to no surprise, then, that Weyes Blood had me at those opening arpeggios. The stunning centrepiece of her 2019 record Titanic Rising, “Movies” is a gorgeous piece that stands as my standout musical moment of the year. A song of two halves, one shifts from the sensation of gently floating in space, embracing the serenity, to suddenly descending back down to Earth at an alarming pace, with all of life’s precious moments flashing before your very eyes. It’s a truly magical piece of music, fashioned beautifully inside six minutes. This is Weyes Blood flaunting her musical prowess, and rightly so. Few songs have grabbed me recently quite like “Movies”. I will no doubt continue to cherish it for years to come.

slowthai’s “Doorman” is comfortably the most moreish grime track I’ve ever heard. From the outset its biting, droning bass hook revs up and down while the creative percussion adds finesse to the relentless aggression. The lyricism has the subtlety to find yourself picking apart its meaning whilst daydreaming, and the voice cracks that pepper slowthai’s unforgiving delivery add tremendous weight to the track’s overarching, buoyant character. Bookending the raucousness are sad but good natured vocal clips that add emotive weight to slowthai’s message; the humanisation of the rapper’s fury might not be vital to the track’s quality, but the authenticity is welcome nonetheless.

This was a textbook example of a single promising more than the album delivered. The space western drift of “Andromeda” promised so much, feeling at times like a kind of melodic postcard. The song’s immaculate, dreamlike arrangements shuffle along beautifully beneath its vocals, and the whole affair manages to come off leisurely yet expansive, like a cruise through the Horsehead Nebula. It’s a gorgeous single, though it was a shame Titanic Rising wasn’t quite able to capitalise on it.

To my mind All Mirrors by Angel Olsen was one of the runaway winners of 2019. Its gothic brand of synth pop was ornate, grand, and at times utterly captivating. Nothing showcased that better than the title track. “All Mirrors” storms through its four-minute runtime like a tsunami with a train to catch. Olsen’s vocals soar above a cacophony of synthesisers, echoing the likes of Kate Bush and Bjork while while keeping her own qualities at the forefront. The track stands tall on its own, but it sounds even better as part of the album. I look forward to revisiting it in both contexts in the years to come.

The more numerous the plinks, the greater the dread. Cinematically composed, “Nothing is Safe” is a masterclass in building, relieving, and escalating tension. Composite parts – the repeated piano note, the humming synths, the restrained use of trap percussion, the organic acceleration and deceleration of rapper Daveed Diggs’ delivery – are engaged with such precise timing that no end of listens will deliver shivers to your spine. The chorus drops in with incredible force, a worthy payoff for the tirelessly layered production. Atmospherically, “Nothing is Safe” is emblematic of the wider success of clipping’s latest album; a creative and inspiring approach to horrorcore – interspersed with what sounds like dogs barking and primal maracas – that gives the impression of demons either being summoned or slain.

Being a record of deteriorating relationships and intense introspection, Julia Jackin’s Crushing is understandably bereft of hits, bangers, or much else resembling a traditional single. For the most part the record simmers with melancholy and quiet intensity rather than boiling over. “Pressure to Party” was not the first track to be released from Crushing, but it is perhaps the most obvious candidate; after all, it is one of the record’s few tracks blessed with a driving energy and something resembling a tonal brightness – an approximation of rollicking, frenetic garage rock that invites you to tap your feet and maybe even sing along. But it’s also somewhat deceptive: it isn’t merely energetic, it’s utterly relentless, not resting once during its three-minute duration. It has Jacklin spilling over in the face of innumerable expectations, occupying the fraught space between the recognition that one needs to move on when mourning the loss of an emotional limb, and the reality that one is presently unequipped to function as a person in the world because of that loss.

It’s just about the most anxious song about depression, a simple but nevertheless extraordinary articulation of need told through Jacklin’s aching, vulnerable vocal performance (which is joined in miraculous harmony halfway through by Georgia Mulligan on backing vocal). There’s some wonderful genius – hey, let’s call it generosity – underlying Jacklin’s decision to deliver some of her most plainly desperate lyrics in the form of an anthem, one with which you may unexpectedly catch yourself singing along, the sort with which scores of people will sing along at her live show. After all, many of us will felt the need to shut the door on the world at some point in our lives. What Jacklin quite miraculously does here, then, is remind us that we’re all fighting battles of varying secrecy, and invites us to join in her calls for empathy.

Sometimes it takes years to get a song in shape. Hell, sometimes it even takes decades. FEET originally made movements on the scene with the song “Petty Thieving” back in 2017: it was raw, sincere, and sprightly, equipped with a pre-chorus that threw seriously delightful nods to the early days of The Strokes. Adolescent garage rock done right, basically. This year saw the release of FEET’s debut record, What’s Inside is More than Just Ham, which came armed with a moderately reworked version of their breakout tune. The structure is refined, the guitars chime with enhanced personality, and the vocal performance thankfully retains the wit and charisma of the original. Put simply, it sounds better than ever before. Not a single rock song has excited me as much as “Petty Thieving” this year, nor has a debut rock album left such an impression on me since IDLES and Wolf Alice. Fine company indeed. If you’re a fan of The Stone Roses and early Blur, FEET are your next favourite band.

This is no banger. Nor is it an earworm. In fact, I’m not sure what it is. I like it though. IGOR was another impressive outing from Tyler, the Creator, and “EARFQUAKE”, in all its stop-start glory, managed to distill the album’s main qualities in a way that almost made it seem approachable. In other words, it’s tender, off-beat, and charmingly strange. It wouldn’t be ‘single material’ for most artists, but for Tyler that made it all the more perfect. IGOR is a strange world and it needed an ambassador with a deft touch. Suffice it to say, “EARFQUAKE” delivered.

It should be noted that, despite placing as our favourite single of the year, “EARFQUAKE” topped none our individual list, instead appearing somewhere in the middle of most of them. In truth, it is not even my favourite track from IGOR (which would be “Gone, Gone”). “EARFQUAKE” could therefore be considered the champion of consensus in a year that has not, at least in our particular sphere of musical taste, yielded an especially strong collection of singles, which can at times seem like a dying form. Still, even if we grant that fortune has played its part here, we should not downplay the significance of this consensus – I would argue that it speaks volumes of Tyler, The Creator’s growing prowess as a pop songwriter. 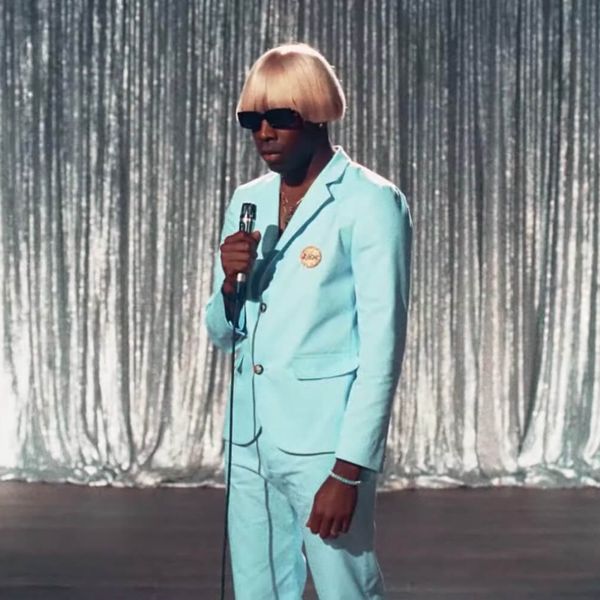 It's the end of the year, which means we're legally obliged to round up our favourite albums. Here are our picks in the year of our Lorde 2019. 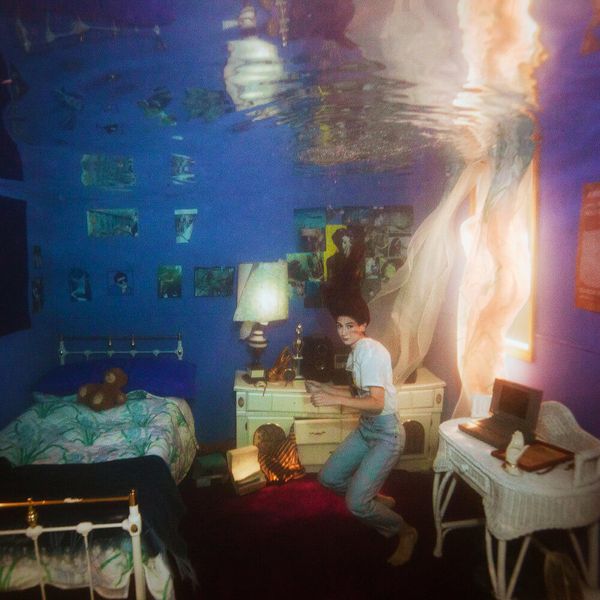 Despite its glistening arrangements and ethereal production, this is a cheesy, yet excellently realised, pop album at heart; bold and forthright. 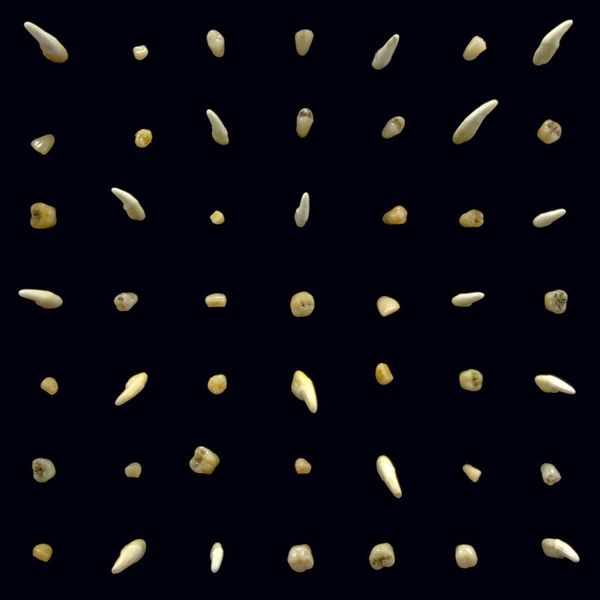 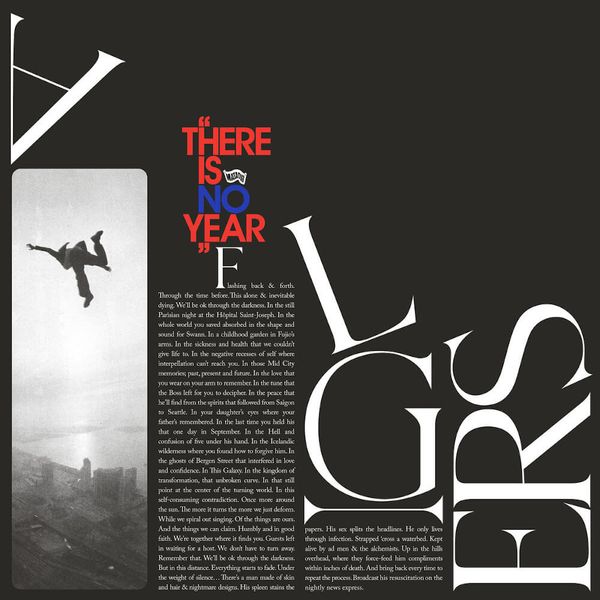 There Is No Year Algiers

Throughout much of its run-time, There is No Year seems content revelling in its own (admittedly awe-inspiring) ambience.